Who is Live Again Fresno?

To improve educational attainment and health outcomes for Parkway youth while advocating to shorten motel tenancy.


To see a healthy and flourishing Addams neighborhood

Live Again Fresno started out of the trunk of the Burrell family's car. In 2012, Richard met over 30 children living at a hotel called The Fresno Inn. This property was off the Parkway Drive strip, Fresno’s epicenter for drugs and prostitution. The Inn contained 150 rooms, housing 3 to 5 people in each room.

The children living there were surrounded by filth;  an open sewer drained into the parking lot where kids played. This area was deemed safe by the parents because it was the furthest away from the 25 registered 290’s (sex offenders) who lived there . The children were hungry for food and starving for attention. Richard and Roxanne found a way to get into the kid’s games by bringing food, and those relationships became an after school program.

Deep into the second year of serving, the open and in your face sex market that existed for years disappeared. The daily gang meetings in the parking lot also ceased. We learned that it was difficult for the prostitutes and the men soliciting them to do their business while the 30 children living there sang “this little light of mine, I'm gonna let it shine!”

As a form of appreciation the property management gave Live Again a rent free room for a year. We dedicated this room to the well being of the children who lived there.  We used that room as our resource center and as our sanctuary. We built art programs and enrichment activities around the children who lived at the property. Local businesses such as Cal Custom Tile, Las Palmas Grocery and J.D foods were huge sources of support.

Since the 2011 inception of Live Again Fresno, the leadership’s mission was focused on building community and a true sense of family.  In 2014, Live Again Fresno incorporated as a non profit and we believe it’s longevity and success is measured in each and every relationship.  We have invested and poured into the children and their families to build consistent, trust filled relationships.

Today our volunteers and Parent Partners are mostly mothers who we built relationships with at the motels and sought redemption alongside. These precious children live in a very traumatic home environment and at school they are often segregated because of their socio-economic backgrounds. Their insecurities at home sometime result in bad behaviors and low academic scores.  They travel from the painful trauma of motel living to the stress of school, and then back to the motels. Our After School Program provides children a safe place to be themselves, build relationships and dream of a different future.

The Fresno Inn no longer exists, but our commitment to relationship and consistency still continues.  Live Again Fresno currently operates out of a 400 sq. foot office where we facilitate at least half of our after school enrichment activities. The other half of our meetings are held in parks or we collaborate with other “friends” of LAF to create unique life experiences that these children wouldn’t otherwise have. 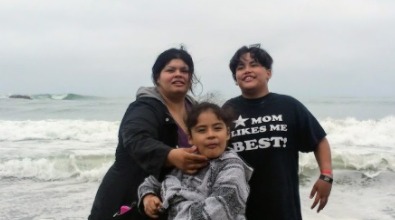 Crystal Melendez is a picture of our mission, and her redemption journey is inspiring to our families. Today she leads. 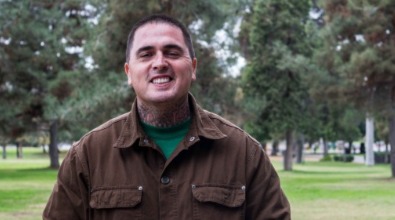 Richard Burrell found his own redemption, and now spends his time serving these children and raising up leaders.

LAF in the news

Yourcentralvalley.com - 7/3/19: Inspiring the Valley: From Parkway Drive to helping others escape it

ABC30.com - 2/5/19: Valley's unsung heroes to be celebrated through series of portraits